We are constantly told it’s a consequence of eating too much and not moving enough.

But scientists believe our brains could also be making us fat.

In a new study, researchers from the University of Michigan suggest some of us have brains that are wired differently, meaning they don’t respond to one of the hormones that regulates appetite.

There are two key hormones related to our weight, the first being grehlin. Released by the stomach to increase hunger, it also slows the metabolism and decreases the body’s ability to burn fat. 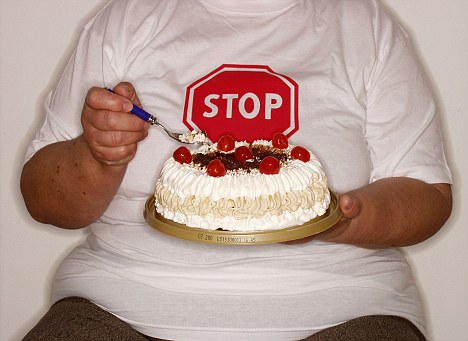 New research suggests some of us have brains that are wired differently, meaning they don’t respond to the one of the hormones that regulates appetite

The second, and the one the study focused on, is leptin. This plays a key role in regulating body weight by signalling to the brain to reduce appetite and burn more calories. As a result, it has a significant link to obesity.

Previous research has found that people who don’t have leptin are more likely to have problems with their weight.

Or, that some people produce very high levels of it which ‘overloads’ the receptor in the brain that deals with it.

This impairs the very mechanism that should eliminate excess fat.

Now the researchers at the University of Michigan have discovered why the brain receptor responsible for processing leptin may not work.

They found that the receptor has two ‘legs’ that swivel until they encounter leptin in the brain.

One possibility is that the receptors of people who are overweight may be lacking these ‘legs’, so the leptin cannot bind to the brain receptor. 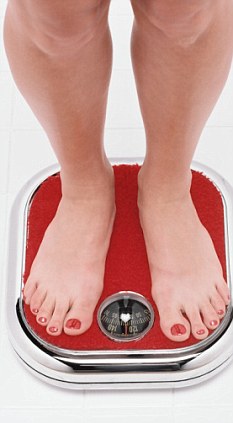 The study is published online in the journal Molecular Cell.

The discovery could lead to targeted treatments for obesity and other hormone-related diseases.

‘This study may help solve an important issue we’ve been struggling with for some time,’ said Alan Saltiel, director of the Life Sciences Institute at the university.

‘Since leptin is a master regulator of appetite, understanding why resistance to its effects develops in obesity has been a major obstacle to discovering new drugs for obesity and diabetes.

‘Developing a clear picture of how leptin can bind to its receptor may be the first step in overcoming leptin resistance.’

Scientists recently claimed to have found the ‘gluttony gene’ which fails to tell your brain when you are full.

In tests on mice, they showed that a mutation on a single gene broke down communication in the body and led to non-stop eating and rapid weight gain.

After a meal, the activity of this gene transmits chemical signals down a chain of brain cells until they reach the hypothalamus, which receives the message that you are full and suppresses the appetite.

However, in mice which had a mutation of this gene, these chemicals – leptin and insulin – were not being transmitted to their target, and they ate twice as much as those without the mutation.